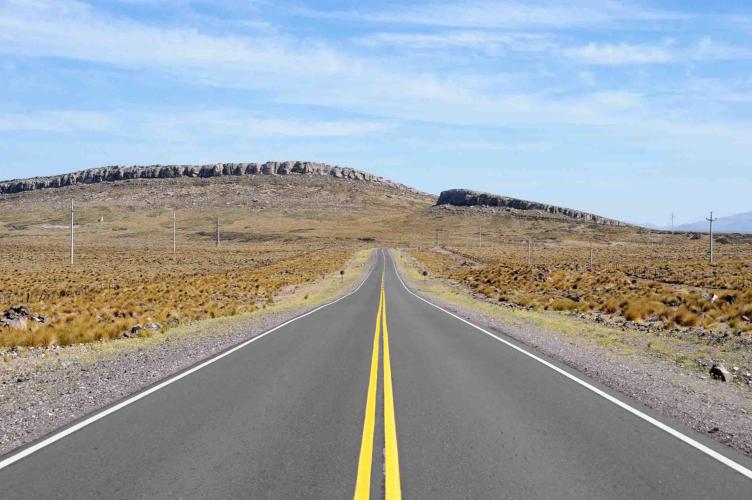 We had a breakfast like the royal family: with cheese, fruits, fresh bread, juice etc. etc. As soon as we were pedaling out of the village the road was rising up very steep and on top of the mountain like so often, there was waiting no real downhill. The road was going a little bit down and then up again, and it kept on going like this.

We met a couple from the netherlands who were pedaling from Usuahia via Chile to Colombia and while entering the little Town of “Zapala” we were accompanied by two local racing bikers who showed us the hotel to be the closest to the bus station. It´s called “Pehuen”.
We packed our bikes with some cardboard boxes from the hotel and went to the bus station to get the tickets back to BsAs.
Here it was no problem at all to take the bikes, it cost 65 arg. Pesos each and that was all.No big deal like in Buenos Aires.

In the evening we had some empanadas in a small restaurant who´s owner had german roots and was a fan of all things coming from Germany.
She told us, that she and her husband every year were going to a special event where all the people with german roots gather to practice german customs like typical food and german folk songs-incredible, but the world is small sometimes.