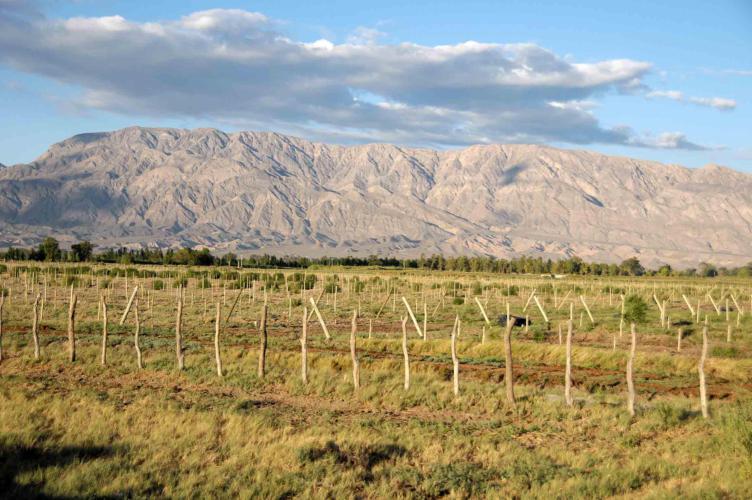 As Mendoza is about 170km from San Juan, we thought of doing a stop in the middle. People told us there was a possibility to sleep in between. “Media Agua”, a little village after 60km. So we took it easy. Road 40 seems to like a highway on this stretch, each side with two lanes.

More traffic than the whole time before and going straight, straight, straight. When we arrived in “Media Agua” we found out that in the village itself there was absolutely no place to stay for 3 people. No way. There was only one room for two people opposite the plaza that a man privately was renting to people. The size was like there seemed not to be enough space not even for only one person,and so we rejected politely.

Outside the village there was a hotel situated directly at road 40 which turned out to be the only possibility for travellers to stay before continuing to Mendoza. We checked in here.

After having a shower we looked for something to eat and found a nice parilla-restaurant just opposite of the hotel, the “Parilla Alex”. Nice food and good value.
The rest of the day we just relaxed, because tomorrow we have to do the rest of the distance (about 120km) to Mendoza, and surely we will get up early…..

2 Antworten auf „San Juan-Villa Media Agua: One of the lost villages on road 40“