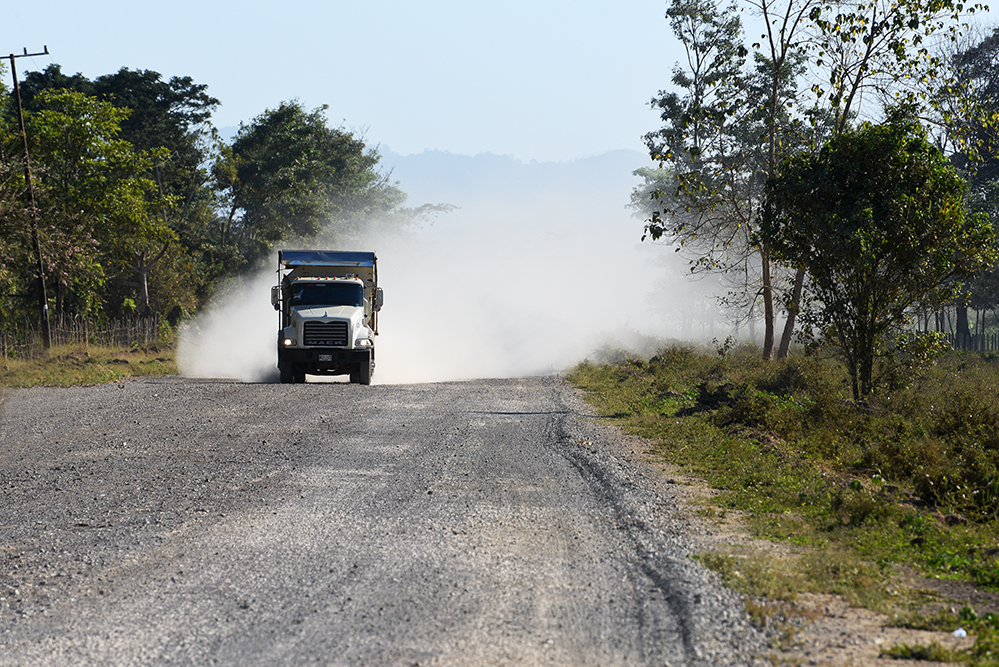 I didn’t sleep very well. There was loud music coming out of every door here – amazing. I woke up already at 5 am and at 6:15 I started pedaling.

I reached the main road and after 5km I took a turn onto a secondary road. There was a sign saying no vehicles allowed because the road was under construction but I asked a worker and he said „for bikes it’s ok“. So I went. The road was dirty with sometimes  brand new pavement.There was very little traffic. Mostly motorbikes and of course the trucks working for the construction. When they passed me very fast they always gave me a nice shower of dust…..The landscape was mainly meadows and pastures for cattle.

After about 19km I got back to the main road N°90 . After 8km I reached San Ofre. I had a small break there and meanwhile I left my bike standing in the hot sun. Temperature on my tachometer showed 56°C in just some minutes. Summer heat !! Well, I talked to guy there a little bit and he told me that El Rincon del Mar was much nicer then Berrugas so I decided to go there instead of Berrugas. From San Ofre the road went on also dirty and in bad condition so I could ride only slowly.

On the way I met a Brasilian guy also touring with his bike. He was travelling for 8 months now but he was going the other direction. We chatted a little bit, said good-bye each one following his own destination. I arrived in the village of El  Rincon at 11:30 and started to look for a place to stay. I went all the way ‚til the end of the village. One option I already had checked out in google before but they told me they wanted 70€/night. Wow! I almost fell off my saddle! Thank you very much, I suggest you wait for the next stupid one. I went back and could find a nice tiny room with ocean view and a terrace with an own hamock. I was very happy because the area here is not very developped for tourism – very basic everything.

I took a shower, washed my bicycle uniform and was ready for a nap.

Later I was fighting hard to upload some images. The internet really is fucking slowly here. No place for digital nomades…..In the end I used my data – that was much faster.

At 7pm I went to a normal house that is made up like a restaurant. I ate my usual plate: chicken, rice and beans.

I came back, had a beer and enjoyed the warm air watching the ocean.

I am planning to stay here until the 15th of January. 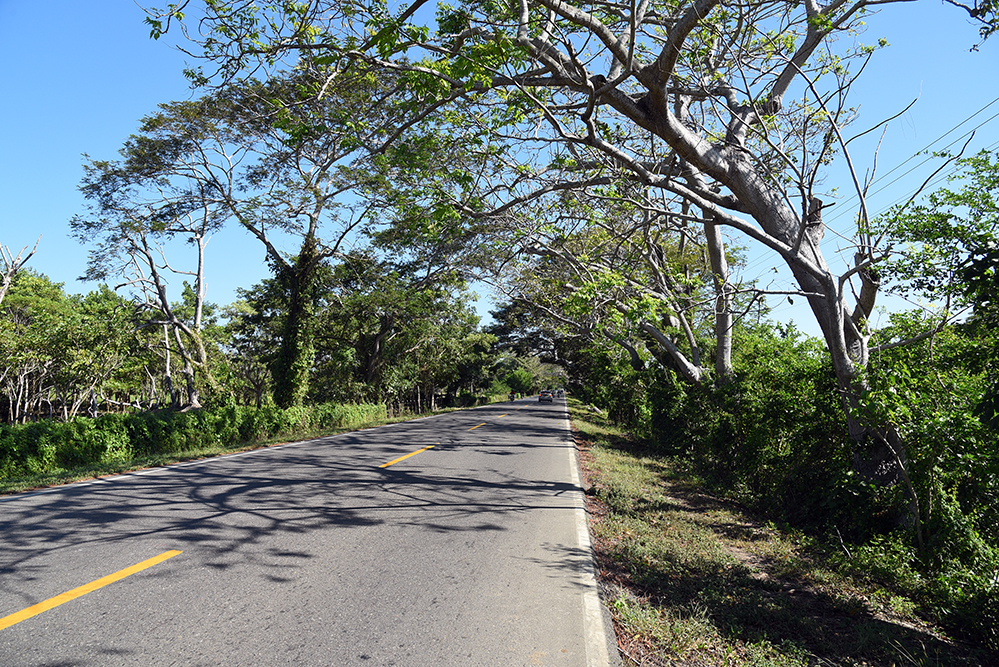 I got up very early today – already at 5 o’clock. I wanted to have breakfast already at 6. But: surprise, surprise! When I came down to the lobby the guy there told me s simple „no“. Breakfast starts at 6:30 only. „La p… m…“

I thought „no way,  I am not waiting“. Without breakfast I packed the bike and I left. I was able to buy some fruits – pineapple and bananas. A lady cut them for me and put them in a plastic glas.

Cycling out of the city was ok. There even was a bike path going parallel to the main road for about 15km. As there was a lot of fog in the morning I told myself „ok, I’ll take advantage of it“.  No sun! So I was going very fast – about 27km/h.

The road was wide. Four lanes and a nice shoulder to cycle on but also a lot of traffic. After Ceretes I took road N°21. It turned into a small road and there were no more shoulders. But I have to say most of the cars and trucks they respected me.

I saw many dead animals on the road. They just didn’t make it to the other side when they crossed the street and got hit by the cars. Very sad.

At least I must say that this time the road was flat. Just in the end there were some small hills.

In between I stopped to have a coconut and I had a nice chat with the seller. He told me all of his life. He was a simple man but smart enough to know how hard it is to make a living without education. He was the father of seven kids and he said that every day he keeps on telling them they should learn or study something. He himself struggled hard to get by. He told me that during the times when he is not selling fruit he is working as a „machetero“. Hard work from 6 in the morning till late in the afternoon for very little money. About 5€ only for the whole day. I liked him and I hope his children will make him happy one day….

Originally I had planned to stay in Covenias today. I got there very early, maybe 2pm and while I was riding around I got that feeling that I didn’t like it at all. This village was really very crowded and the beach was nothing special. So I stopped in the shadow,  checked google maps and I decided to go another 20km to try my luck in another place.

After 45 min I arrived in Tolu. I liked it much better. Quiet and not so many tourists. I found a nice room. Nothing special but clean and with AC. I took a shower and I did my laundry. I really had to.

Later I went to the main plaza for dinner. I had some fish. It was ok but not super tasty.

On my way back I passed by a supermarket to get myself some drinks.

Back in my room I watched some TV and just relaxed.