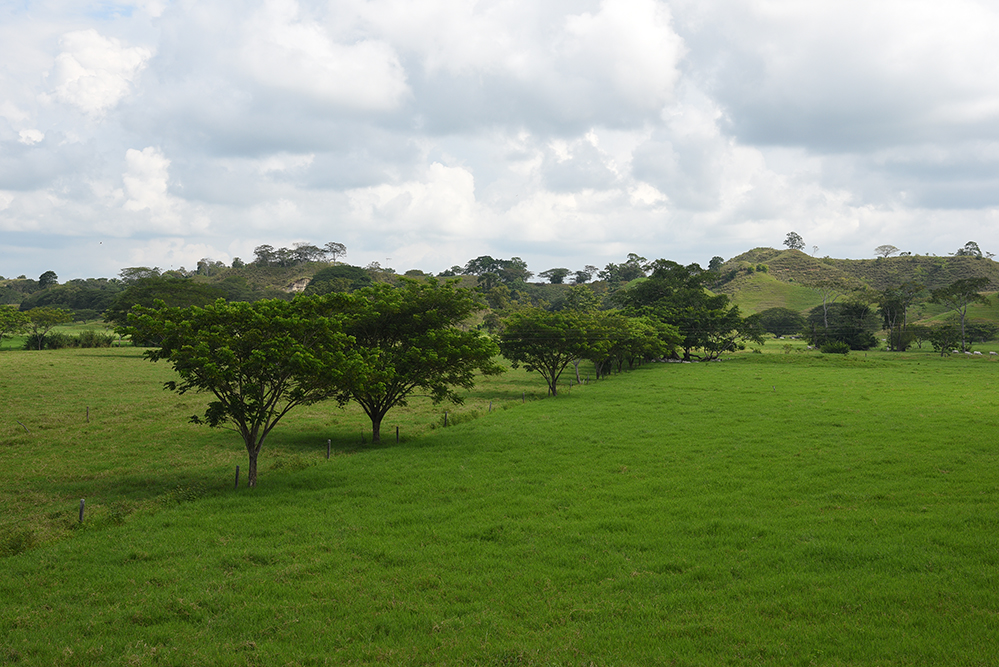 At 5 o’clock my alarm rang. I finished packing and started to pedal at about 6 in the morning.

I figured out yesterday evening that I needed to return to the main highway going to Medellin.

The traffic was a little bit less then yesterday but still enough. The highway consisted of two lanes going boths directions.The first 30km where flat and always straight – nothing special.

I listened to some music which I preferred to the sound of the truck engines.

On the side of the road there was a guy with his motorbike giving me hints to stop and waving to me. So I stopped to see what was the matter.

Well, he needed some tools. His radiator cap didn’t close the way it should. I gave him my bicycle tools and he was able to repair it. In  the end he asked me how much he would owe to me now. I felt embarrased and shook my head in disbelief. “Of course nothing” I told him but I really had to tell him many times before he accepted that I didn’t want anything. Nice people.

I rode on and the highway turned into a normal road – but the traffic was the same….

On top just 2km before town it started to rain. Flashlights in the sky but I was enjoying it. To me it was like a refreshing shower.

I arrived all wet and the small town was full with tourists from Colombia. They all come here because theres a big park which is built on the ex-farm Hacienda Napoles of Pablo Escobar. He used to have a lot of exotic animals that he brought from Africa. Now it’s like a public safari park with different swimming pools and all kinds of entertainment. I don’t wanna go there.

I started to look for accomodation.

The prices of the hotels were expensive and overpriced. In the end I paid 30$ for a small room with a fan. It was hot and inside the room it felt like a sauna. Thanks god I was tired enough to take a nap. Then I did some work on the blog.

After that I took another shower with cold water – there was no hot -and went to eat. The food was ok but nothing special. On my way back I tried to get me some stuff to take with me tomorrow and I found a supermarket. It was very big but the shelves were more or less empty…..

I was back to my room and when I opened the door the temperature had climbed up to almost 31°C…..I took the third shower and I went to sleep.

I know the mountains are starting again tomorrow…..