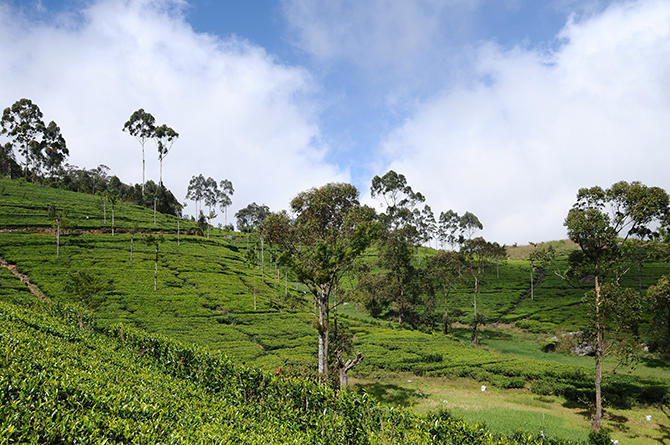 Today we did a little trip up to Lipton´s seat, the favorite place of Sir Walter Lipton. He was the founder of the “Lipton Tea Company” in the 19th century. This place he visited whenever he needed inspiration and they say here he offered his tea to the royals at that time. The place is almost 2000m high and you can have a beautiful 360°view of the mountains and valleys around, all covered with tea plantations.

We didn´t want to have another steep climb by bike, so we took a tuk- tuk to go up there, like most of the people. Above we had to do a short 1,5km walk up to the top. Above, one can easily imagine, that Sir Lipton was inspired by this place, although we didn´t have a clear blue sky when we arrived. But also these misty mountain mood was great.

We had a tea, (of course made from the former tea plants of Sir Lipton, but today his plantation and the land is owned by a company) and enjoyed the place.
Going down we visited the still existing and working tea factory, where we did a guided tour to see the process from the picked tea leaf to the cup of tea on your table. Very interesting.
We walked a little bit farer down the hill, watched the tea picking women, and finally took a tuk tuk back to Haputale. At 5p.m. we felt like taking a tea in our guesthouse, so as you can see-we also were inspired!