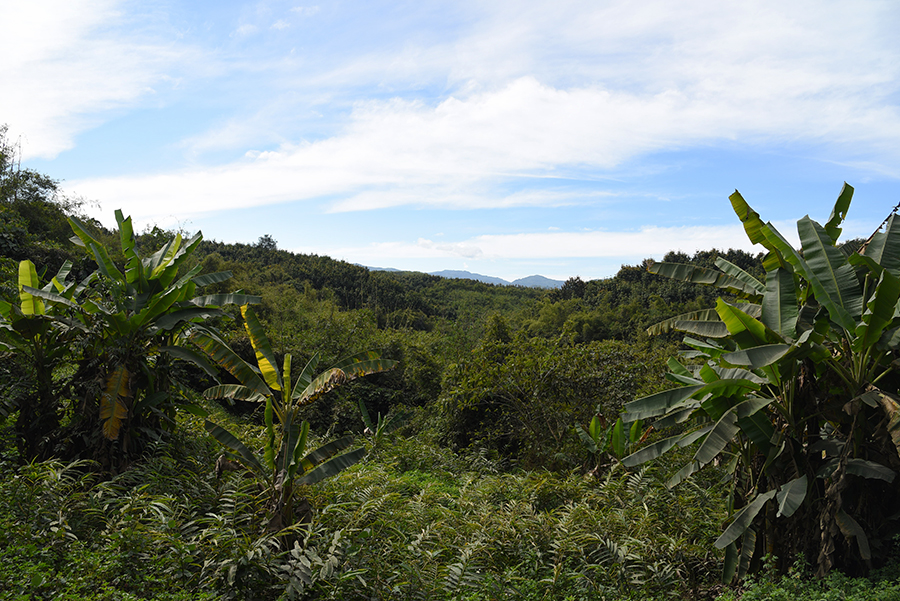 Routine like always. Getting up at 6 o’clock and at 6:40 I was pedaling. The air was warm and sweet already – 15°C. I pedaled along the riverside and the cool water produced kind of a cool mist hovering through the mountains.

The road was nice at first but then suddenly some stretches in real bad conditions with a lot of potholes.Traffic was slowly getting more intense especially with a lot of trucks from China and trucks carrying construction goods.

I could see all that bridges and tunnels built by the Chinese to install the silk route.

I even found a possibility to buy bananas now! That was really cool because they are the best to give you energy for pedaling – I always need them.

The climbs were moderate. Only the last part was a little bit harder and what should be the hardest par was that there was no real downhill in the end  like I had expected!

During the day I saw another Chinese guy riding opposite the other direction but as he was climbing he didn t stop. I just asked “where are you going? “ and he answered “to China” and kept going.

The landscape was simular to the last days:  huge forests and banana trees.
It was 5pm when I arrived to a city and I decided to stop riding for today. Slowly I pedaled through the streets to look for a guest house. I saw one that looked ok, and I checked in. So far I couldn’t find out it’s name.

The room was ok but full of mosquitos. I started to kill some but after I asked the guy in the front desk for something and he gave me this small machine where you put like a pill inside to kill them. We will see if it works….

I took a shower and I went to eat. I found a place close to the guest house. Again I was so hungry that I ordered 2 times.

First I ate rice with chicken and afterwards fried rice with vegetables. People always look at you like you were an alien. For them it’s lots of food for only one person.
At 9pm I went to sleep.