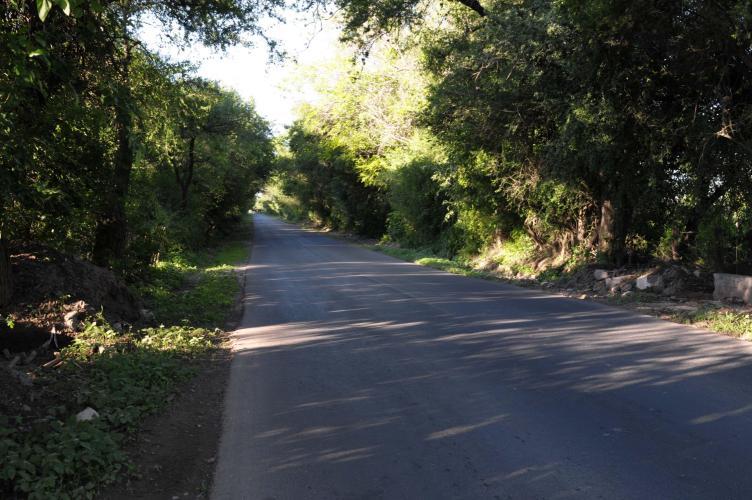 After having a relaxed breakfast, we took it easy and started on the road to Cafayate at 11:30.Actually we didn`t have a fixed destination just riding and see where the road would take us.This time passing through Salta was not so nice, we even had to ride a couple of kms on the highway.A little be scary when the drivers pass you so close at the speed of 130km,but we survived!!

After, we followed the road 68 to Cafayate,wich in the beginning was not such a big difference to the highway.This road 68, going to Cafayate, is passing many small towns where there are a lot of lakes,that are used as weekend resorts for the people of Salta.Therefor, as it was friday we had to deal with a lot of traffic.
Finally we arrived at a small town called “Coronel Moldes”.We looked for a place to stay and the first place we went to ask for a room seemed to be empty-nobody answered the doorbell, but after some 400m more down the main raod we found a place called like the town.An old colonial building full of charm, with a great yard inside, and even a small pool. We discovered that this was the oldest house in town, built in the year 1680. The rooms were restaurated in the sttyle of the original and some things, like the floors were actually still original. Just an awesome place!

The young couple who run the place were extremly helpful and the guy was a chef and he prepared a fucking good dinner with empanadas,tamales and salad. The desert of homemade Mousse au chocolate was only topped by the fantastic bottle of Malbec.
During the dinner we had nice visit from a big tarantula taking a walk on the floor near the table. The two girls of switzerland sitting at the table next to us were freaking.One even asked me to kill this really beautiful creature, what I did not,of course. Instead I had my private entertainment by telling them, that they should carefully check their room before sleeping…