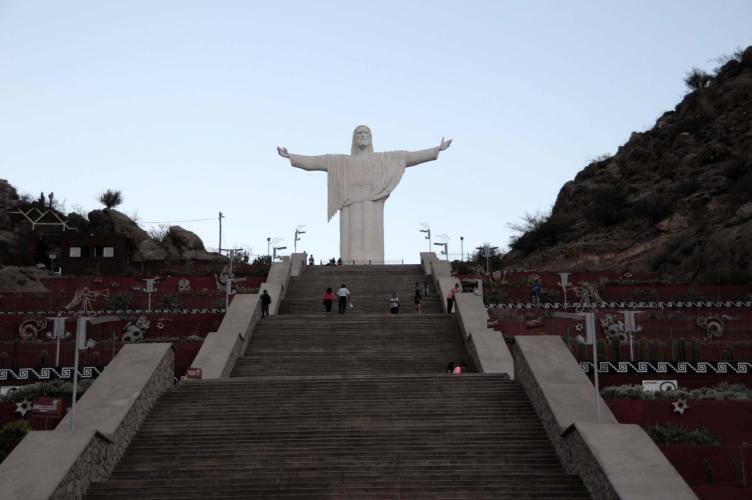 After several calls yesterday in the afternoon the bus company was ready to send one bike. They interpreted their given promise to send the bikes one day later in the argentinian way-when we called, they said “well you know, we´ll send it while we can, could be tomorrow or could be next week or the following week-it´s the high season you know”.

In the end, after a lot of calls and insisting on the promised service they at least sent one of them.
Chilecito is a really nice village with warm and welcoming people. It was founded by gold seekers in 1900, and you can still visit the old mines or better what´s left of it. It´s quite impressing.

After all, again we did a lot of calls today to get the last bike tomorrow. Let´s see if it worked…..