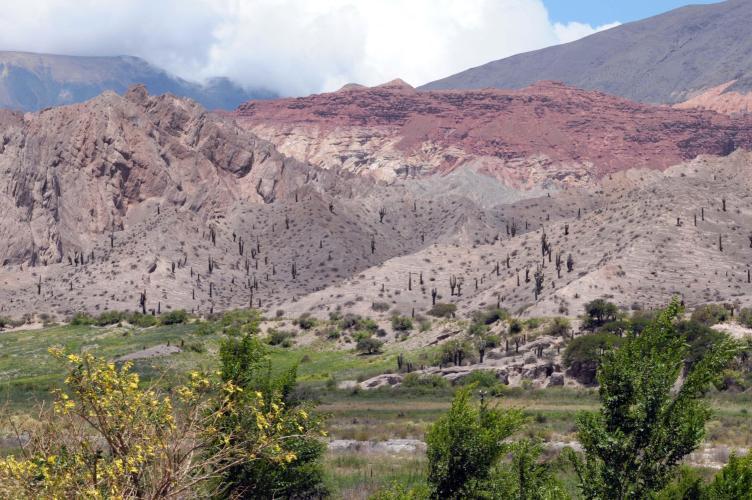 During the night it was raining, so after we got up at 6:30am, the tent was quite wet.We prepared the breakfast (rest of noodles from the night and coca tea)while letting dry the tent.
At 10am we continued our trip on road 51 heading for Santa Rosa de Tastil wich is about 3200m above sea level.The climbing felt hard to do because of the poor oxygen but the landscape was overwhelming.
We had to do some breaks and arrived at 5pm.In Santa Rosa de Tastil there is no accommodation.The only possibility to sleep we could find was a place with a big dorm room run by a woman located at the entrance of the village.
We shared the huge room with two Spanish cyclists who were on their way to Salta.